How often have we heard or said one of these lines?
“I always fall for the same guy/girl.”
“I keep making the same mistake.”
“This is my 3rd job change and I still feel the same.”
“I wish I didn’t attract the same ambition-less friends.”

The list is endless. We end certain roads and begin new ones (or so we think) only to end up where the previous road led us. Our intentions are good aren’t they? I mean we want a different ending so badly but why is life stuck on repeat? Heck, we even adopt the rules of The Secret and picture the life we desire daily but somehow chapter 5 stubbornly clings to the same plot as chapter 6. What is going on?

I stumbled upon a quote a couple of weeks ago. As usual, it was a few words long but somehow sparked so much meaning and left me saying “Ahhh…” I believe in a higher power, so I don’t really think our existence and choices occur in isolation. There is a reason that we are here on Earth and even if we don’t see the impact that our breath has, if anything, we should leave with many lessons and growth.

Why does life repeat itself at times? Everything that happens, happens to build us and teach us something about ourselves. The same lessons will keep re-appearing in different forms and situations until “Life” is satisfied that we have learned. When this thought hit me I was amazed but looking closely at the milestones I had had and the defeats too, I clearly saw how each was packed with a lesson or lessons.

So actually, it is not life that repeats itself but rather its lessons that we simply have to learn in order to move forward. If you find yourself dating the same men you cannot turn around and blame ALL men for “being the same” – all billions of them? Really? It’s impossible. There’s a quote that says “we attract who are” and as tough as it is to swallow, it is true. The speck that you find in another’s eye is a mere reflection of the speck in your own eye.
First step, what about me attracts men/women that abuse me?
Second step, what about me makes me stay?
When I speak to women who have been in abusive relationships, I always ask them the second question: what made you stay all those years? In the end, an individual has to do some introspection and change a few things to attract different set-ups in life – I have no doubt that it is difficult, but every exam can be passed.

As a child of a mother who was diagnosed with depression years ago and developed depression herself in early adolescence– I know the difficulty faced in change and changing oneself instead of taking the easiest way out and blaming the world. I always jokingly say: I would rather be angry than sad. Anger is not great, I know, but I’d rather fight than shrivel into a powerless ball. Simply because I gained the understanding that life will never be to blame and as long as we are living and breathing we are growing and harnessing the potential within us that’s waiting to be released. Suddenly, I saw dead-ends as chances to re-evaluate, I saw failure as a chance to re-direct and go in the correct direction and I saw endings as opportunities to examine myself and await brighter horizons. I have no doubt that I am not done learning and my biggest lesson right now in life is learning to be gentle – the lessons are all around me and yes, certain parts of the plot are being repeated. And guess what? I love it, there is nothing better than running a new race and finding ways to become an even better individual.

We are really on a journey of self-discovery and growth. There is nothing as important as viewing every interaction as a lesson – you cannot risk forgetting who you are after spending years finding yourself.

It is never too late to dream a new dream, grow your roots deeper and become a better individual – the decision is really up to you. Take some time out to analyse the lessons learned and the lessons yet to learn from your experiences – press play and take the finger off repeat. There is greatness within you and abundance in healing that just needs you to learn and grow.

Have a great week ahead!

QUOTE: “I am not what happened to me, I am what I choose to become.” – Carl Gustav Jung (Swiss psychologist, influential thinker and founder of analytical psychology) 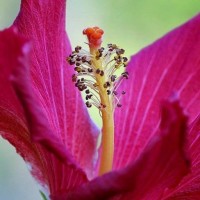 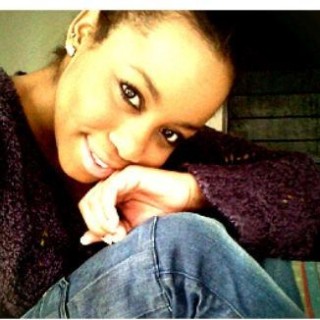